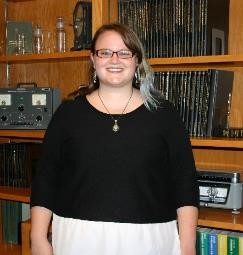 My research revolves around the characterization of a Ca2+-regulated putative phytase CarP. We hypothesize that this protein plays a major role in Ca2+-dependent virulence and host-pathogen interactions of Pseudomonas aeruginosa. We have previously shown that CarP is positively regulated by the Ca2+ induced two-component system CarSR. CarP is required for Ca2+tolerance and plays a role in the maintenance of intracellular Ca2+ homeostasis. CarP is also required for Ca2+-regulated production of the virulence factors, pyocyanin and pyoverdine. We are currently studying the role of CarP in the adaptations of the pathogen to its niches within a host. We also aim to identify the environmental stimuli regulating the transcription of carP and the involved regulatory mechanisms. In addition, I am working towards characterizing the function and structure of CarP aiming to elucidate its role in the cell. 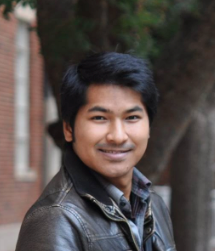 My research is focused on the structural and functional characterization of EfhP, a Ca2+-binding protein in P. aeruginosa.  Intracellular Ca2+ sensors have been well studied in eukaryotes while their prokaryotic counterparts have not. EfhP has been predicted by bioinformatics approach to have two EF-hand motifs similar to the eukaryotic Ca2+sensor, calmodulin. Our earlier results have shown that EfhP regulates intracellular Ca2+ homeostasis and mediates Ca2+ regulation of P. aeruginosa virulence. More recently, we have confirmed Ca2+ binding ability of EfhP and Ca2+-dependent increase in its hydrophobicity.  Currently, I am aiming to identify EfhP binding partners and study their role in Ca2+-regulated virulence of the pathogen. We are also working on the identification of the amino acids required for Ca2+ binding. In addition, we plan to characterize the host factors controlling the expression of efhP gene. Overall, we are aiming to establish the function of EfhP as a Ca2+sensor and elucidate its role in the Ca2+ signaling pathways of P. aeruginosa. 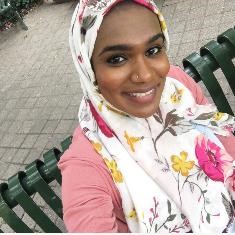 My research focuses on the molecular mechanisms of Ca2+ induced resistance of P. aeruginosa to Polymyxin B. I’m very passionate about studying antibiotic resistance because it gives me the opportunity to understand how bacteria adapt to stress at the molecular level. Also, I hope that my research aids in paving the discovery of novel therapeutics to treat bacteria with other than antibiotics, which is my ultimate goal. 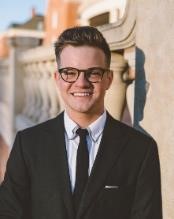 I am in the process of generating a series of mutant strains of P. aeruginosa that are lacking either the gene encoding a calcium-regulated protein, CarP, or its regulatory sequences, as well as constructing their genetic complements. This will aid in establishing the function of CarP, predicted to interact with Ca2+ and contribute to P. aeruginosa pathogenicity. Characterizing the function of CarP will enable identification of the novel pathway mediating Ca2+-regulated virulence of the pathogen. This may lead to the development of new tools controlling the way this pathogen affects us.

I mostly work with novel silver cyanoximate compounds characterizing their antimicrobial qualities. I study their effectiveness, durability, and leaching. The main goal is to identify the compound(s) with the most prominent anti-biofilm activities against a variety of pathogens including P. aeruginosa and S. aureus. I also contribute to other studies in the lab testing the role Ca2+, Ca2+ deposition or selected genes in the biofilm formation of P. aeruginosa laboratory and clinical strains.

I am pursuing a major in Biochemistry Pre-Med with minors in Chemistry, Microbiology and Spanish. I am currently studying the role of EfhP in Ca2+ regulation of P. aeruginosa virulence by using the Galleria mellonella animal model. I am also interested in understanding the role of this protein in Ca2+-dependent regulation P. aeruginosa biofilm formation.

The purpose of my research is to determine how the abnormal Ca2+ concentrations in the lungs of Cystic Fibrosis patients impact production of biosurfactant rhamnolipid in P. aeruginosa. We are also interested in testing the effect of other host factors. Since rhamnolipid plays a role in the ability of the organism to swarm, I will be testing the impact of all these factors on swarming of P. aeruginosa motile strains, both laboratory and clinical.

My research is focused on identifying the amino acid residues responsible for binding Ca2+ within the EF hand domains of EfhP. I am generating a series of point mutations aiming to abolishe Ca2+ binding. This mutated protein will serve as a tool to study the role of Ca2+-binding in EfhP function.

I am researching the role of carbonic anhydrases encoding genes in the ability of P. aeruginosa to cause an infection. Some of these genes play role in Ca2+ deposition, which may be enhance virulence of the pathogen. I am using a wax worm infection model.

I am studying the sequence conservation of the gene efhP in P. aeruginosa clinical isolates collected from keratitis and Cystic Fibrosis patients. I am also interested to analyze the conservation of efhP sequence among thousands of other clinical isolates of the pathogen collected from different infections, whose sequences are available through NCBI.

My project is to study how Ca2+ regulates the production of biosurfactant rhamnolipid in P. aeruginosa. My goal is to determine the role of several Ca2+-regulated genes, including carP, efhP, and calC, in the regulation of rhamnolipid production.

Cystic Fibrosis (CF) has 1,000 new cases each year. The early identified protein CarP plays a major role in Ca2+-enhanced ability of P. aeruginosa to produce virulence factors. This protein is also essential for the tolerance of the pathogen to high levels of Ca2+. To determine if CarP is important during Infections, we aim to study its sequence conservation in clinical isolates (CI) of P. aeruginosa. In order to adapt to host environment and immune responses, CI undergo multiple mutations optimizing their genomes. Therefore, my project focuses on testing the levels of sequence conservation of carP in P. aeruginosa CI collected from a variety of infections, but particularly, from the lungs of CF patients. These results will also shed light into the evolution of carP, as a component of Ca2+ signaling and regulation network.

I study the effect of elevated Ca2+ on the pathogenesis and virulence of P. aeruginosa by using Galleria mellonella as an animal model of infection. I am also interested in determining the role of two proteins, putative phytase CarP and Ca2+ leak channel CalC in mediating this regulation.